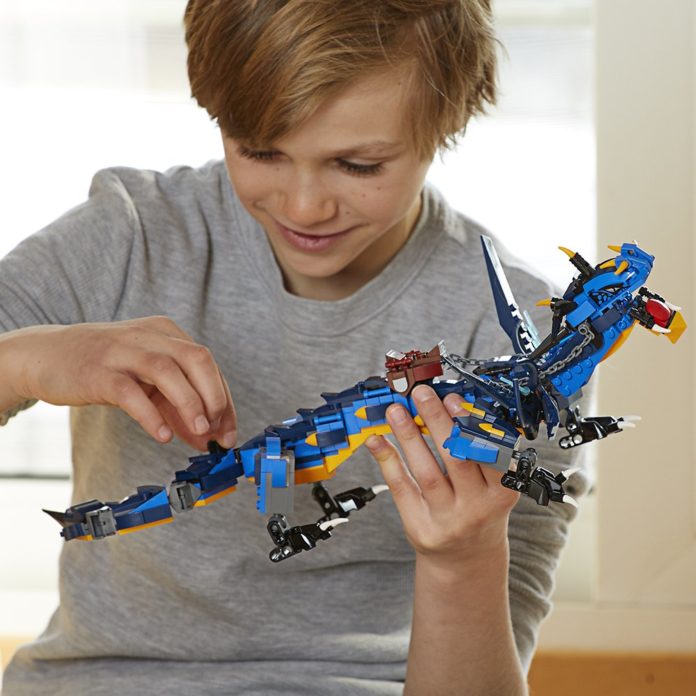 Lego Ninjago movies are entertaining and keep your kids busy for a long time. These action-packed movies have unique heroic characters that kids love to identify with such as Green Ninja, Kai, Jay, Nya and Master Wu. These characters come together to defeat Garmadon, the evil warlord. Best Lego ninjago toys will highly be appreciated by your child for playing with. That is why these cool toys are always in the wish lists of your kid’s birthdays.

The toys resemble most of the characters present in the Movie making it easy for your child to identify with his heroes and beat his villains. Best Lego Ninjago Set for your kid are not easy to find and can be challenging, and that is why we have reviewed a collection of Lego toys to help you make the best choice for your kid.

There is also a mega-list over on starwalkkids, which has even more to compare, so if you don’t see a specific character or lego set you ideally wanted to read and review then why not head over.

This movie set is one of the best Lego sets that you can ever buy for your kid. It has 4867 pieces making it engaging for both teenagers and children. It features a 3-level model city connected by a sliding elevator.

For level one there is a traditional fish market, a house, a fishing boat and a bridge over the stream. At the second level, you get exciting features such as the crab restaurant, a comic bookstore, and a modern fashion house. At the top level are Lloyd Garmadon and Misako’s apartment, a radio tower and rooftop sushi bar with a conveyor belt. This Lego Ninjago City set also has 16 mini-figures and the maintenance robot known as Sweep.

It looks stunning when complete and would suit teenagers who are obsessed with giant Lego builds. It is the perfect birthday gift for a 13 year old teenager, not a young kid because the instructions are overwhelming and the parts are tricky to put together.

This Movie brings kids into the action powered scene between Jay and the Blue Ninja. It is one of the most popular Lego Ninjago sets because of its exciting features. It is the perfect toy for children between the age of 9 and 16 years.

Lightning Jet features include a trigger-activated rotating electro-disc, a spring-loaded shooter, a handle for easy play, adjustable wings, and many antennas. It also comes with six mini-figures including Jay, Edna, Ed, Shark Army Thug, Crusty, and, Jelly. The set also comes with weapons such as fish with extra studs, Crusty’s fish chainsaw, and, Jelly’s stud-shooter, the fish hammer belonging to Shark Army Thug and the spiked flail belonging to Jay.

This 308 piece Lego Ninjago toy set is perfect for children of 7 years and above. The Street Race of Snake jaguar set features Titanium Ninja Zane Bike, a podium with Oni Mask of Vengeance, an Oni Bike, a detachable drone, and, Demon Torso.

The titanium Ninja Zane Bike contains two blades with gold color, two hidden stud shooters placed on a detachable drone for both aerial and ground level attacks. Oni Bike, on the other hand, has chopping blades and two stud shooters.

The set also comes with a podium that has Demon Torso and an Oni Mask of Vengeance elements that Mr. E mini-figure will put on as it happens in the movie. There are two extra mini-figures with weapons to make the game more interesting.

This toy set is not appropriate for children under the age of 4. It is perfect for older children because it taps into their creativity. You cannot build the Lego set without critical thinking which is essential for the proper mental development of our kids.

This Lego Ninjago Playset is excellent for older children because it has 765 pieces which are too challenging to assemble. The maximum age for a kid to use this playset is 14. Beyond this age, your kid may find it boring. The temple of resurrection building kit can be used to create several many scenes from the Ninjago movie.

The temple resurrection building kits feature two levels: Lord Garmadon’s resurrection and a roof with good-to-evil transformation function. The downer level has blue water styled baseplates, crate with spear, an entrance gangway, buildable skeleton, kendo mask, and reed elements. The top level has a 2-exterior lantern-style decorations, balcony with railings, three masks Oni Masks including the mask of deception, mask of vengeance and, mask of hatred. These Oni masks are hidden behind the renown revolving doors making this playset very interesting to create.

Explore the temple resurrection set with Cole, Lloyd and the mysterious baby. Watch how Mr. E and Chopper Maroon are moving through the trapdoors to grab the powerful Oni masks. If you can stop the sons of Garmadon from transforming the temple from good to evil and bringing Lord Garmadon to life, then you are a massive fan of Lego movie.

This action-packed ninja fighter jet playset will easily win the hearts of your kids because it taps into their creative skill set. Jay’s Storm Fighter inspires the hero to role-play and has many features that make it a great Lego Ninja toy. It is suitable for the younger children especially 9-11 years old.

Some of its features include 4 Lego Ninjago Mini-figures such as Jay, Nya, Pythor, and Lasha. It also features a cockpit, spring-loaded shooters, foldout wings and Jay’s golden weapon. The Ninja toy jet measures 8cm in height, 28 cm in length and 30cm in width.
It has 490 pieces per set and can be built together with other original Lego sets and bricks for creativity. The Nunchucks of lightning and the Serpentine stand together with the 4 action figures present your kid with the opportunity to reimagine and recreate a classic action scene from the Ninjago Movie.

The kids can also role-play as ninja warriors against the giant stone warrior or even create their own battle stories based on the mini-figures available in the playset. The only safety warning with this awesome Lego Ninjago playset is that it has small parts making it unsuitable for more minor children.

If you are looking for a Lego Ninjago playset with thrilling construction experience, then Lightning Jet is a perfect choice. The Lightning jet comes at a relatively affordable price and is appealing to a broader age bracket as compared to most of the other toys. Its pieces are also just enough to make the building experience not tiresome but engaging to the kids.

jasongood.net is a participant in the Amazon Services LLC Associates Program, an affiliate advertising program designed to provide a means for sites to earn advertising fees by advertising and linking to Amazon.com, Amazon.co.uk or Amazon.ca.